Q: What about solid stone walls/floors and insulation? Ensuring breathability.

A: Probably the best solution here is to use a product like rockwool boards for insulation. They are breathable so you reduce the risk of mold behind the boards. They are also fire proof, unlike most foam insulation. It is probably a good idea to also install a heat-pump hot water tank. Unless you have very high electricity prices these are cheaper to run than heating water with a boiler, even one powered by natural gas. If you use solar panels to generate your electricity it will be much cheaper than heating your hot water with natural gas. They also dehumidify your basement which will reduce the risk of mold.

This concern was raised by a person who attended one of my Zero Carbon, Zero Bills webinars. Here is the question and my answer:

Queation: Hi David, I really enjoyed your talk last week on your zero carbon adventure. I did have a question, which didn’t get answered. I have a friend that works at National Grid and she told me if you sell your solar RECs, which I believe you did, you can not claim to be carbon free as those rights go with the REC? After your talk, I went back to her and she felt that this was definitely the case and that you would need to buy RECs to offset the ones’ you sold, to make the carbon free claim and you should also tell people you sold your RECs and brought other ones.
Just wondering your thoughts on this
Thanks and thanks again for a wonderful talk. I plan to share this with some folks

Hi Rob, I have occasionally heard this perspective before and I think that reasonable people can disagree on this one.

My second point is that, where I do count the SRECs is in the financial subsidies. I genuinely receive this cash so I do not think it is right to remove it from the financial forecasts. There are many subsidies involved in going zero, from net metering and zero-interest loans (which are essentially funded through all of us in MA paying the highest price price for electricity in the US, other than Hawaii) to federal and state tax credits. SRECs are calculated per kWh I generate, the federal tax credit is calculated based on the price you pay for the solar system you install. Why should one subsidy not count just because it is based on kWh generated rather than on the price of the solar system? SRECs were replaced with SMART in 2018 and so it is only owners of legacy systems that receive them. I do not see why a subsidy should be dismissed for those who installed systems prior to 2018 but should be allowed for those who installed systems after 2018.

In my opinion, SRECs are just a form of subsidy, paid from a regulated utility to an owner of solar panels, which means they are ultimately paid by all electricity customers. This is essentially a regressive form of taxation because it takes money from everyone who uses electricity (including poor people) and funnels it to those who can afford to install solar panels which tend to be wealthy people or investors. I think this is rather unfair, but I do not make the laws Rob, I just abide by them.
Please share these thoughts with your friends, I am interested to hear what she says.

We have cut our home’s carbon footprint and energy bills to zero. David Green is doing a 40 minute presentation via Zoom, sponsored by Upper Charles Climate Action (part of 350.MA), on how to do it. It is free. Click below to register. All attendees get a free copy of my book Zero Carbon Home – the brand new 2020 edition.

A presentation by David Green

Please join us on Tuesday, June 2nd at 7 PM or Saturday, June 20 at 10:00 AMfor a 40 minute Zoom presentation (followed by Q&A) on how to reduce your house’s carbon footprint while saving money doing it.

David Green, a local resident, will explain how he retrofitted his 1970s home to achieve net zero emissions while realizing a 15% return on the investment.  As David says, “My zero energy retrofit beats my 401(k)”.  He is the author of Zero Carbon Home and Zero Carbon Pool. David is a physicist by training and has a solid understanding of technologies like solar panels, heat pumps, and low-E, triple-glazed windows.  He also has an MBA from Harvard Business School and spent 20 years as President or CEO of private and public companies.  He has kept detailed records of his heating oil use and his electricity use in order to measure the effect of each improvement made to his home.  His results are based on his own experience rather than generalized claims made by manufacturers or installers.

David will explain his decisions to use certain technologies and avoid others.  He will focus on both reducing emissions and the financial benefits of the technologies he chose (as well as the reasons he did not choose other available technologies).

Join us to hear about his experiences and how you can reduce your carbon footprint while making money doing it!

Sponsored by Upper Charles Climate Action, a node of 350MA

We are all trapped at home and probably going a little stir-crazy during the pandemic. Why not use the spare time to cut your carbon footprint? Here are three ideas proven to cut your bills and carbon footprint that are all easy to do. I have used them myself. They are discussed in more detail in the special “Stuck-at-Home” COVID19 Edition of Zero Carbon Home that you can download from my store for free by clicking here. Use coupon code COVID19 at the checkout.

So you can feel great about buying this T-shirt because it has a zero carbon footprint over its entire lifetime! We believe it is the world’s first zero carbon clothing.

All cotton. All organic. All made in the USA.

Soft on your skin

Soft on your planet™

3.  Mapping of Evidence on Sustainable Development Impacts that Occur in the Lifecycles of Clothing.Carbon Trust and BCG Analysis, DEFRA, 2007. Institute for Sustainable Resources, Queensland University of Technology.

How to cut your secondary carbon footprint.

There are very few products today that have a zero-carbon footprint. Zero Carbon LLC has introduced one, a T-shirt with a lifetime carbon footprint of zero. Since everyone needs T-shirts, buying one of these instead of buying a “fast-fashion” T-shirt is a great way to reduce your secondary carbon footprint. However, the first priority is to cut your primary carbon footprint and the best way to do that is to implement the fab four on your house. I.e., install 12” of fiberglass insulation in your attic and in the ceiling of your basement, replace your AC units with heat pumps, install single or double-glazed windows with triple-glazed windows when you are replacing your windows and install solar panels on your roof.

You can see the Zero Carbon™ T-shirt by clicking here 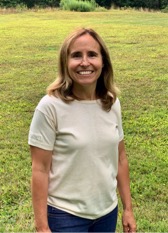 Strut your zero carbon credentials with a T-shirt with a lifetime carbon footprint of zero! This T-shirt is made from wonderfully soft organic cotton. The cotton was grown on a family farm in Texas and the T-shirt was sewn in South Carolina. Domestic organic cotton has the lowest carbon footprint of all major fibers used in making T-shirts. The small remaining carbon footprint (including that of washing and drying it over its lifetime) is completely offset by us buying carbon offsets. These carbon offsets are independently verified to be both real and incremental (i.e., the carbon reduction would not have happened without the offset). The Zero Carbon™ T-shirt – soft on your skin, soft on your planet.

You can see it by clicking here: Zero Carbon™ T-shirt

The author Anna Paradox has released her new book, Carbon Reset, about how to both cut your carbon footprint and live a better life. You can download it from her website here: www.carbonreset.com

On May 3rd a 3 minute interview of me by NBC Boston anchor Joy Lim Nakrin was aired, you can see it by clicking here.